Đề bài: The graph shows the value in US dollars (in millions of dollars) of investment in funds of four categories from 1988 to 2014. 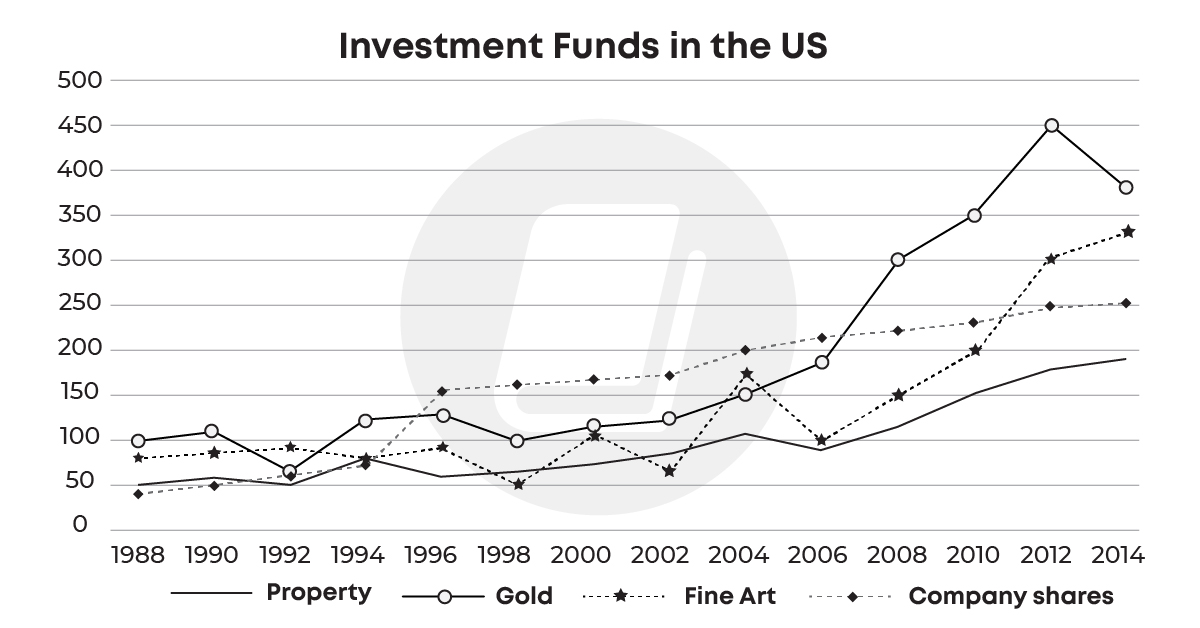 The line graph illustrates the amount of money that was invested in four financial assets, including property, gold, fine art and company shares, between 1988 and 2014.  Units are measured in millions of US dollars.

It is clear that all four categories of investment funds rose over the period shown. Among them, gold witnessed the most dramatic increase.

Đề bài: Some people believe that schools should teach foreign languages for primary school children. Do the advantages of this outweigh the disadvantages? 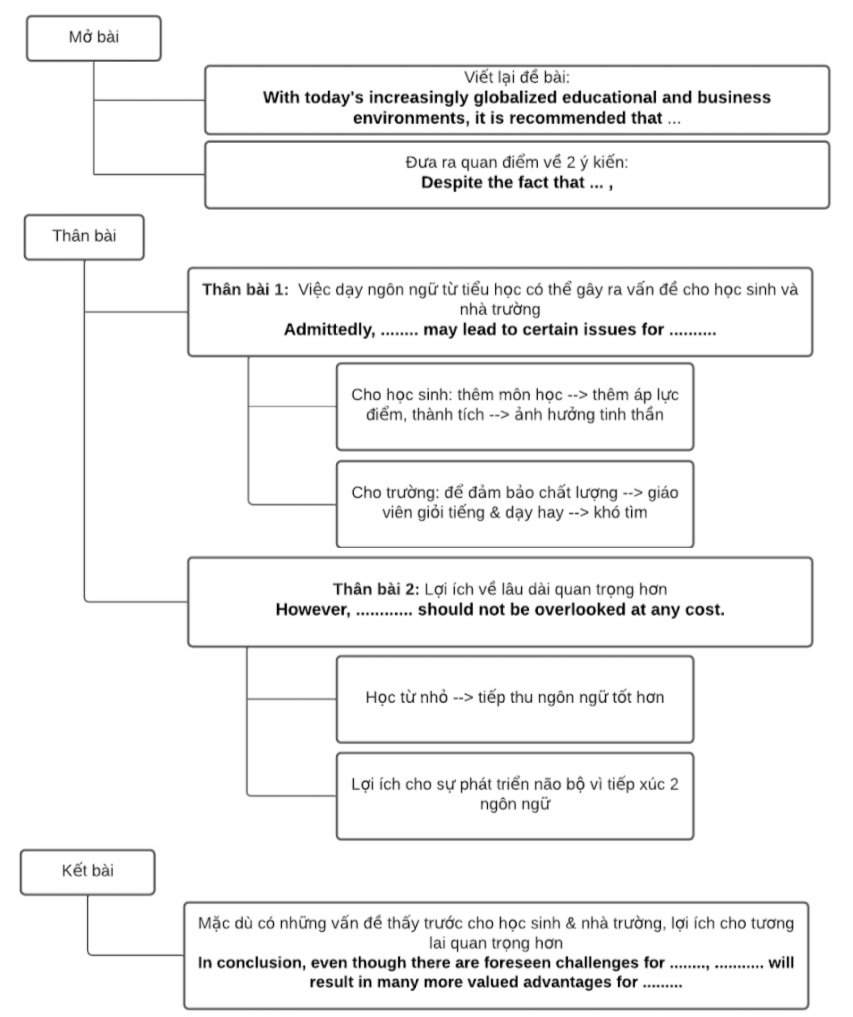 With today's increasingly globalized educational and business environments, it is recommended that students in primary schools be taught other languages besides their first language. Despite the fact that this approach may raise some concerns, the long-term benefits of acquiring a second language at a young age are more substantial.

Admittedly, adding another language apart from the mother tongue to the curriculum may lead to certain issues for the students and the school. Firstly, young pupils from countries that place high value on grades and achievements have already been negatively influenced by the stress of academic success. Having another subject to study and strive to excel in may worsen their mental health problems. For the school, on the other hand, the problem may lie in the lack of competent language educators. To ensure the quality of linguistic education, teachers need to be sufficiently proficient and have qualified language teaching skills, which is not something that all schools, such as primary schools, can readily achieve.

However, the benefits of helping children obtain multilingualism at a young age should not be overlooked at any cost. Because of children's exceptional aptitude to acquire a new language, it is advisable to start early. In fact, many adults face plenty of difficulty trying to adopt a new language for many different reasons, including social and neurological ones, so learning it in elementary school may help them become multilingual with the least hassle. Furthermore, being exposed to two different languages on a regular basis can assist brain development in children. In particular, because the brain needs to keep switching from one language to another, neurons are put to work more than when being monolingual, aiding the growth of the child's brain. This can bring about unlimited positives.

In conclusion, even though there are foreseen challenges for students and schools, being taught more than one language at an early age will result in many more valued advantages for students in the future.

“Apart from that, schools usually choose English or French to be the compulsory language, while some students prefer other options and can pick their own second language when they grow older.”

Schools should not force children to learn a foreign language. To what extent do you agree or disagree?