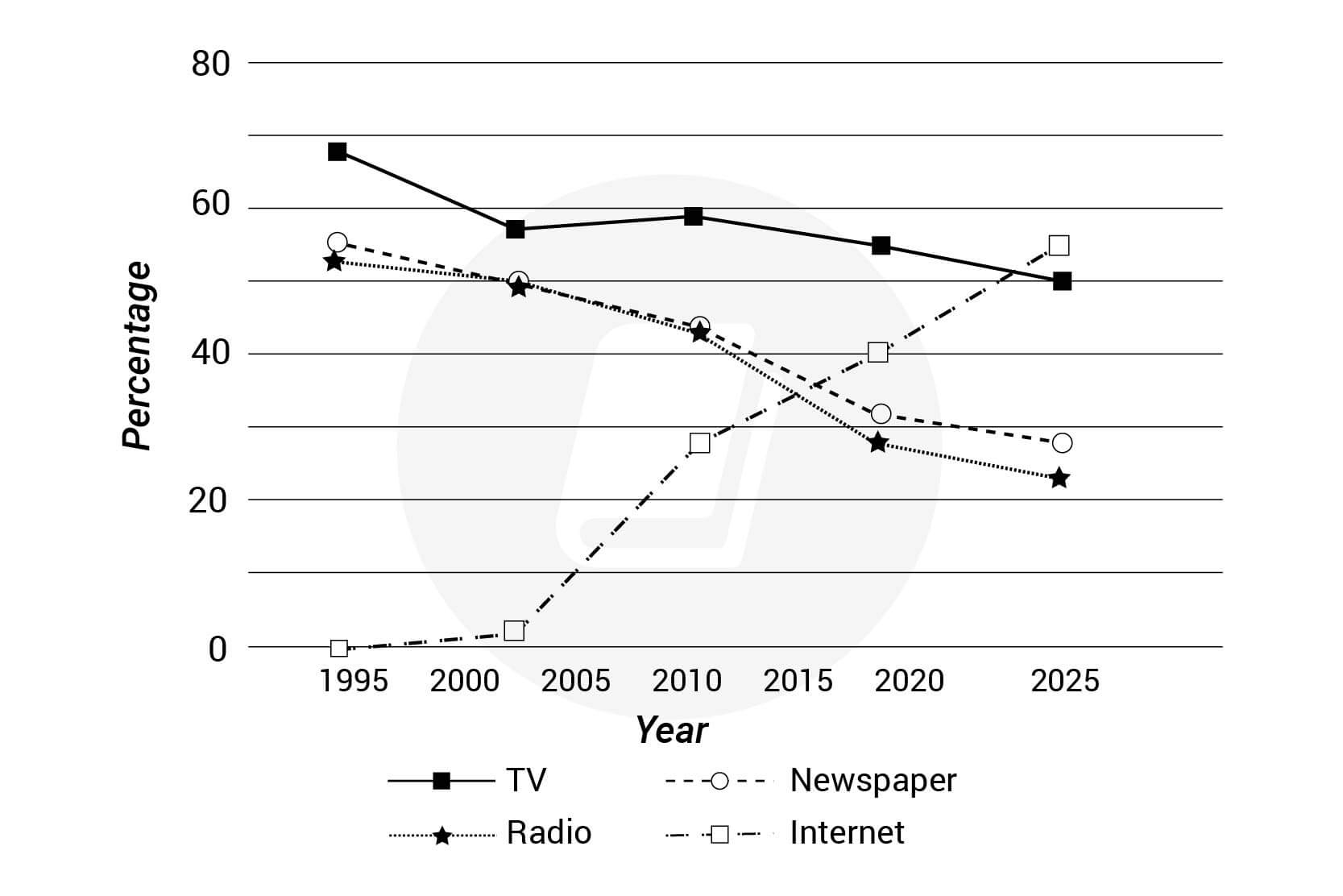 The chart illustrates the proportion of people using different methods to access news from 1995 and the prediction to 2025.

Overall, while the internet gained more popularity during the given period, the opposite was true for the remaining figures. These trends are likely to continue in the future.

The percentage of people who watched news programs on TV was nearly 70% in 1995. The figure then decreased gradually to 55% in 2020, despite a slight rise of 3% in 2010. It is then likely to finish at exactly 50% in 2025. Additionally, starting at about 55%, the figures for newspapers and radios experienced similar downward trends, declining to about 30% in 2020. The expectation is that approximately 30% of people will use newspapers, and roughly 23% will listen to the radio to get news.

Despite only becoming available in 1995 and attracting only a small proportion of people in 2000, the internet quickly became prevalent in the next 20 years, with 40% of people using it. The figure is predicted to increase to about 55% in 2025, overcoming newspapers to become the most common method to access news in 2025.

Some people think scientific research should focus on solving world health problems. Others think that there are more important issues.  Discuss both views and give your opinion. 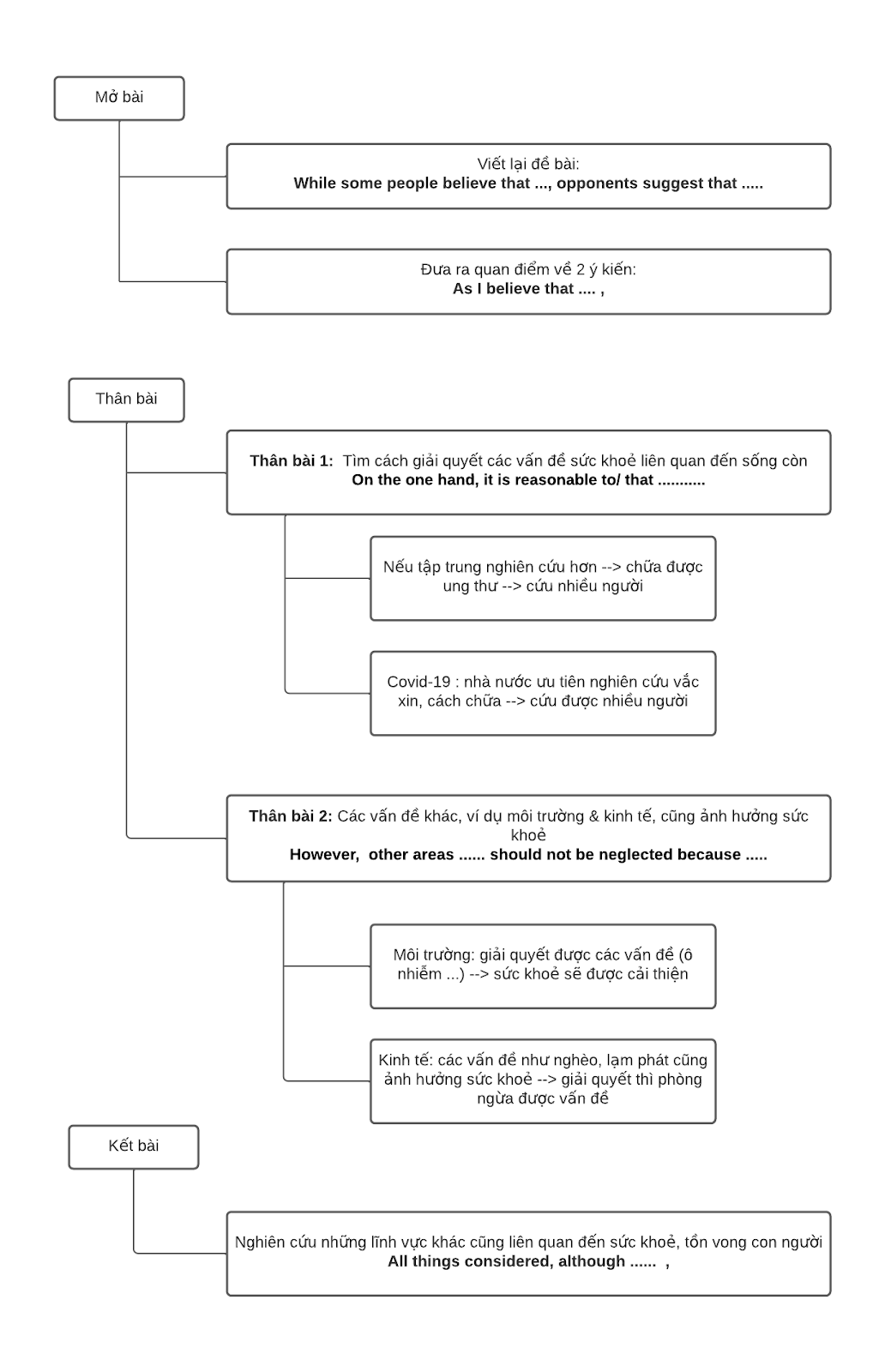 Some people think scientific research should focus on solving world health problems. Others think that there are more important issues.  Discuss both views and give your opinion.

While some people believe that science should place emphasis on addressing health issues, opponents suggest that other problems should be prioritized. As I believe the prime mission of research is to enhance human welfare, studying other issues besides health challenges can also contribute to this.

On the one hand, it is reasonable for science to attach importance to dealing with health concerns because they are closely related to human lives. If scientists could dedicate more time and effort to studying treatments for many fatal diseases, such as cancer, they could be entirely treated or prevented, and billions of people’s lives could be saved. An example of this is the case of the COVID-19 pandemic, in which millions of people lost their lives, and the number could have been even larger if research for COVID vaccines and treatments had not been the top priority of many governments.

However, other areas such as environmental and economic issues should not be neglected because they are, in many ways, determinants of health issues as well. Regarding the environment, if humans had carried out more research to find solutions to pollution, loss of biodiversity, or deforestation, many people's health or even lives could have not been at risk. There are also economic problems like poverty or inflation that affect many aspects of well-being, including poor living conditions, healthcare accessibility, and resources for health promotion. Hence, if poverty can be tackled by intensive study, it may be a preemptive measure to ensure public health. Thus, resolving threats to wellness requires a combination of research in different fields.

All things considered, although health research can help save lives, there may be issues in other areas that warrant scientific attention, like environmental and economic ones, as they can also have an influence on human flourishing.