The graph shows the amount of fruit produced in four countries (France, Spain, Germany, Turkey) from 1970 to 2010. 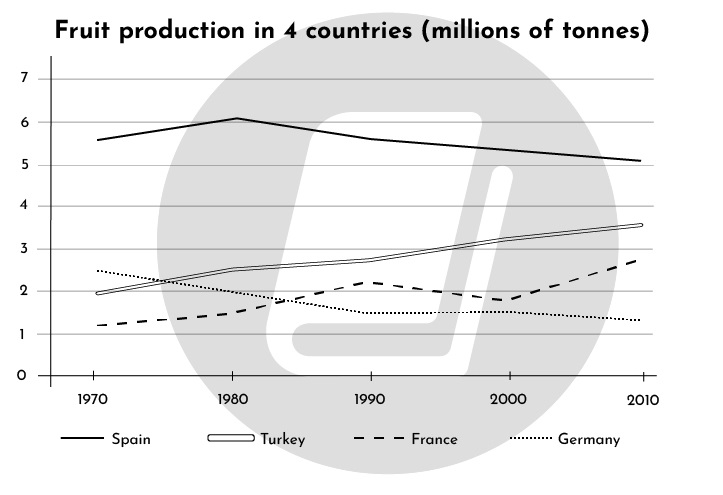 The given line graph demonstrates fruit production in 4 countries: France, Spain, Germany and Turkey between 1970 and 2010.

Overall, it can be seen that the amount of fruit produced in Turkey underwent a gradual increase during the period, while the opposite was true for Germany. In addition, the figure for Spain was always highest from 1970 to 2010.

Some people argue that parents of children who break the law should be punished in some way, because they are responsible for their children’s actions.

To what extent do you agree or disagree? 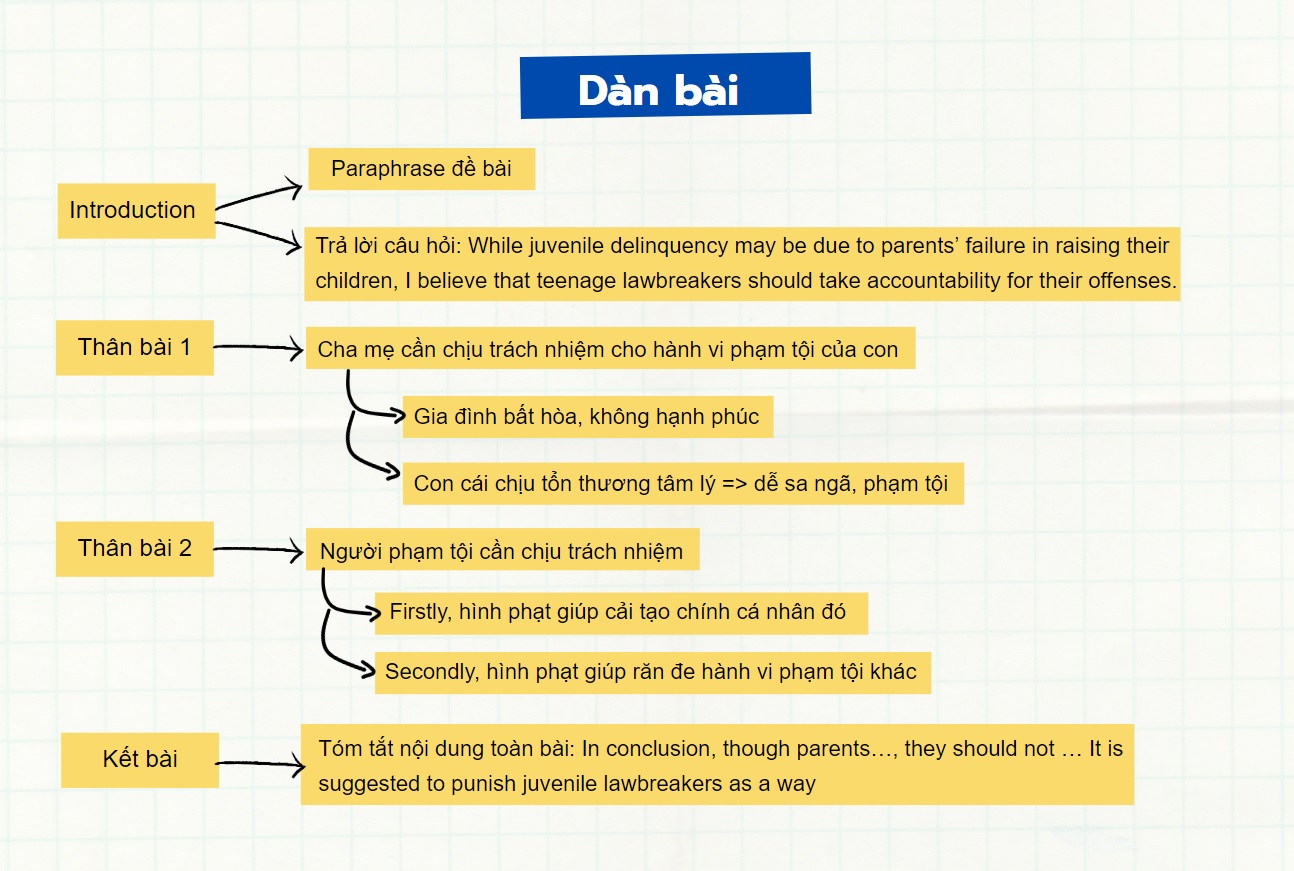 It is argued that parents should be responsible or even punished for crimes committed by their children. While juvenile delinquency may be due to parents’ failure in raising their children, I believe that teenage lawbreakers should take all accountability for their offenses.

More often than not, children’s anti-social behaviors could be traced back to a dysfunctional family with abusive parents, divorced parents or parents who put too much academic pressure on their children. These generally share one feature in common which is a lack of care toward children’s emotions. Due to this unhappy childhood, children become more vulnerable to cognitive distortion; they tend to think more negatively, feel worthless, and consider social offenses a way to prove their worth to the world. Indeed, statistics agree that many juvenile offenders have experienced emotional crises due to their broken families, which leads to their anti-social attitudes. As several roots of evils committed by children are from parents’ failure to raise their kids with love, parents should be partly accountable for their children’s illegal behaviors.

Nevertheless, I insist that the lawbreakers themselves, not their parents, should be punished to ensure a justice system based on fairness and criminal deterrence. Firstly, it is unjust for offenders to escape legal punishment and continue their normal lives despite harming society. Punishment is to let them understand the price for their actions, and could vary, depending on the seriousness of the behavior. Secondly, the threat of being punished would deter the risk of other teenages’ committing anti-social behaviors. This will make society a safer and more peaceful place.

In conclusion, although parents play a part in their children’s wrongdoings, they should not take major or all responsibility for that. It is suggested to punish juvenile lawbreakers as a way to ensure a just legal system and alleviate the risk of potential criminals.