Đề bài: The table below shows the questionnaire about opinions of club members and general public for the new theatre in one town in 2012.

The given table shows the survey results from club members and the general public regarding an unspecified town's new theatre in 2012.

Overall, it is clear that the vast majority of opinions were ranked excellent in all three categories, whereas only a small percentage of survey participants ranked any category as poor.

Đề bài: Some people believe that the government should not spend money on international aid when they have their own disadvantaged people, like the homeless and unemployed. To what extent do you agree or disagree? 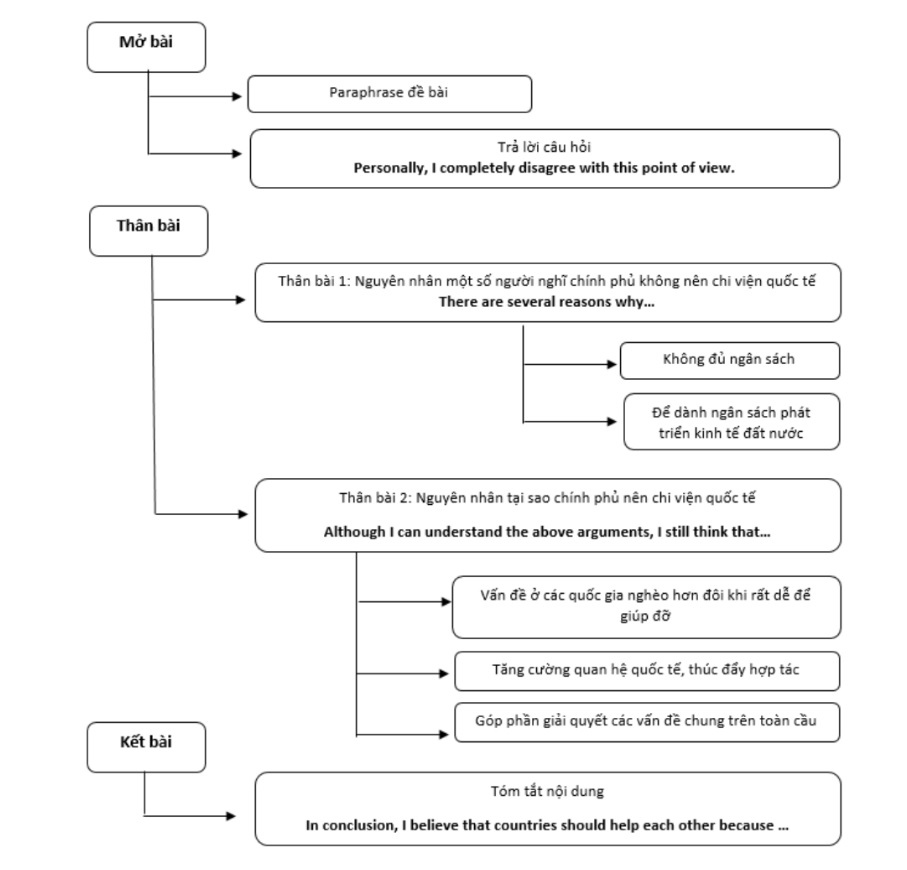 Some people believe that governments should not be contributing foreign aid while they have their own underprivileged citizens, such as those who are homeless or jobless. Personally, I completely disagree with this point of view.

There are several reasons why some people might believe that the government should prioritise their own citizens over helping other nations. Firstly, not all countries have a generous enough budget to invest in international aid, so they should prioritise the welfare of their own citizens. It is possible to find impoverished people in even the most developed countries, and it would take a large sum of money to help them all climb their way out of poverty. Moreover, resources for international aid can be allocated to help a country promote its own economic growth instead. For example, many factories could be built across the country, thus creating more job opportunities and facilitating revenue growth.

Although I can understand the above arguments, I still think that it is necessary for governments to provide foreign assistance. In some countries, people are facing problems which can easily be solved with the help of other countries. For instance, just a few packets of rice can save many people from dying of starvation. Furthermore, countries can dramatically improve international relations through international aid, leading to greater cooperation between nations. Also, spending money on such a program can help address global issues that will affect all nations, such as climate change and migration, because people are less likely to move abroad or destroy forests to make way for agriculture when their living standards are improved.

In conclusion, I believe that countries should help each other for humanitarian purposes as well as their own development.