The bar chart shows the number of visits to a community website in the first and second years of use.

The bar chart compares the volume of users visiting a community website over two years.

Overall, website traffic was significantly higher in the first year, with the peak number of visits occurring in October and February.

From November to February, the volume of users visiting in the first year gradually increased, while it fluctuated over the same period in the second year. In April, the figure for both the first and second year hit its lowest point at 16,000 and 8,000 visits respectively before starting to increase again.

Đề bài: In many countries large amounts of food are wasted. Why do you think people waste food in this way? What can be done to reduce the amount of food thrown away? 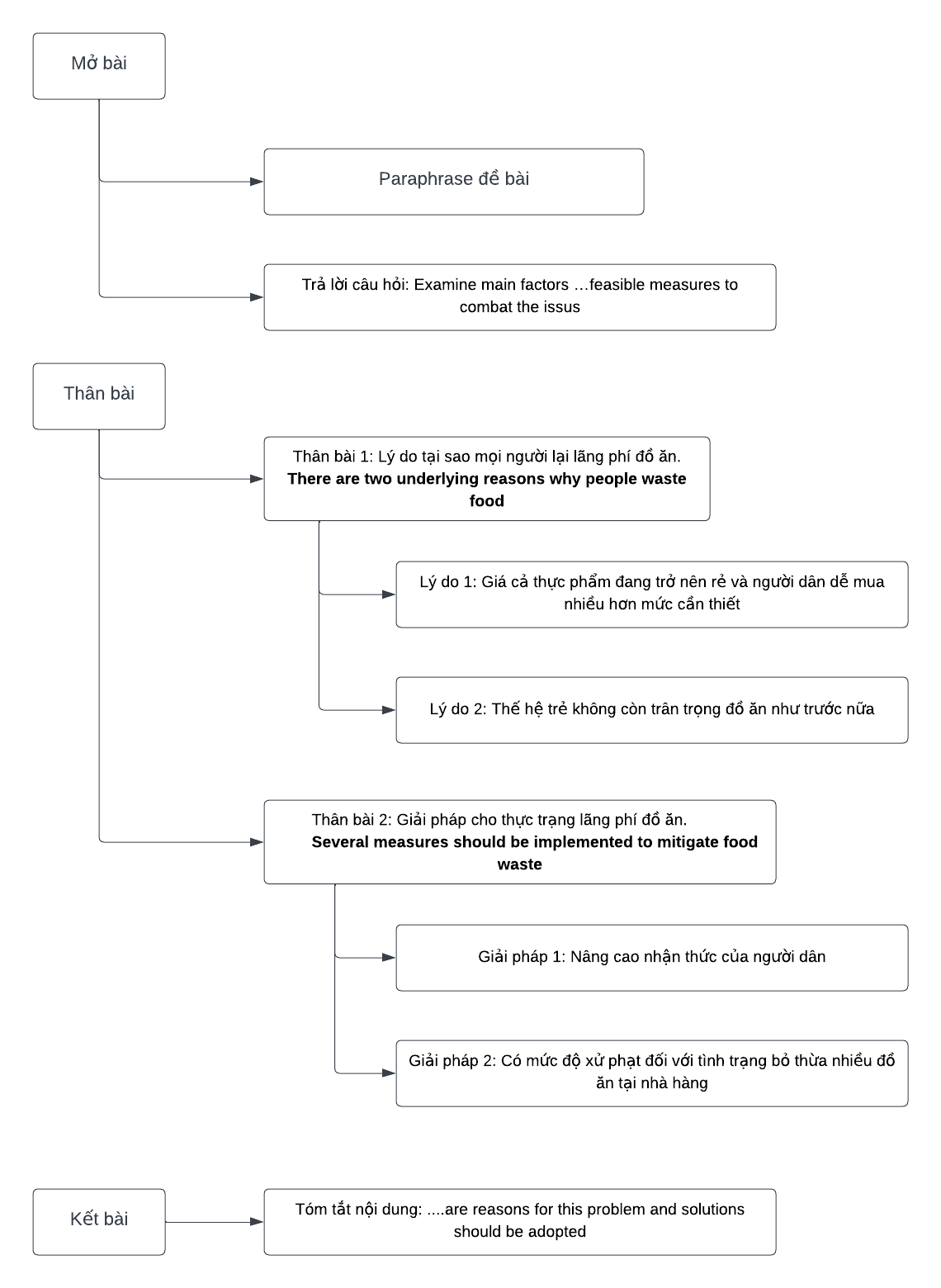 Food waste is an ongoing issue in many countries around the world these days. The following essay will examine some of the main factors contributing to this problem whilst outlining a number of feasible measures to combat the issue.

There are two main underlying reasons as to why food is being wasted. Firstly, given the vast improvements in agricultural technology, farming has become more mechanized, which has boosted productivity and significantly increased harvests. In addition, freight and logistics processes have also been improved, leading to more cost-efficient transportation and distribution of foods. As a result, the price of food in supermarkets and restaurants is more affordable, making it easier than ever for customers to purchase excess quantities of food. Secondly, it seems that most people haven't cultivated an appreciation for food. Although food is a bare necessity, many people these days tend to take it for granted.

Several feasible measures can be implemented to mitigate food waste. To begin with, campaigns to raise public awareness about the need to reduce food waste should be intensified. Once people are more aware of the seriousness of the issue, they may think twice before buying and ordering excess amounts of food. Such an initiative should be implemented in tandem with imposing strict laws that forbid food waste at restaurants. This can be accomplished by fining diners who order too many items but are unable to finish them. As a result, consumers will consider what they will order more carefully in the future.

In conclusion, more affordable food prices and a lack of appreciation for food are reasons for this problem and solutions should be adopted to remedy the situation.