The table below shows information about the population of New Zealand from 2011 to 2012 by age group.

The table displays population figures for New Zealand between 2011 and 2012.

Đề bài: The most important function of music is that it helps people reduce stress. To what extent do you agree or disagree with this statement? 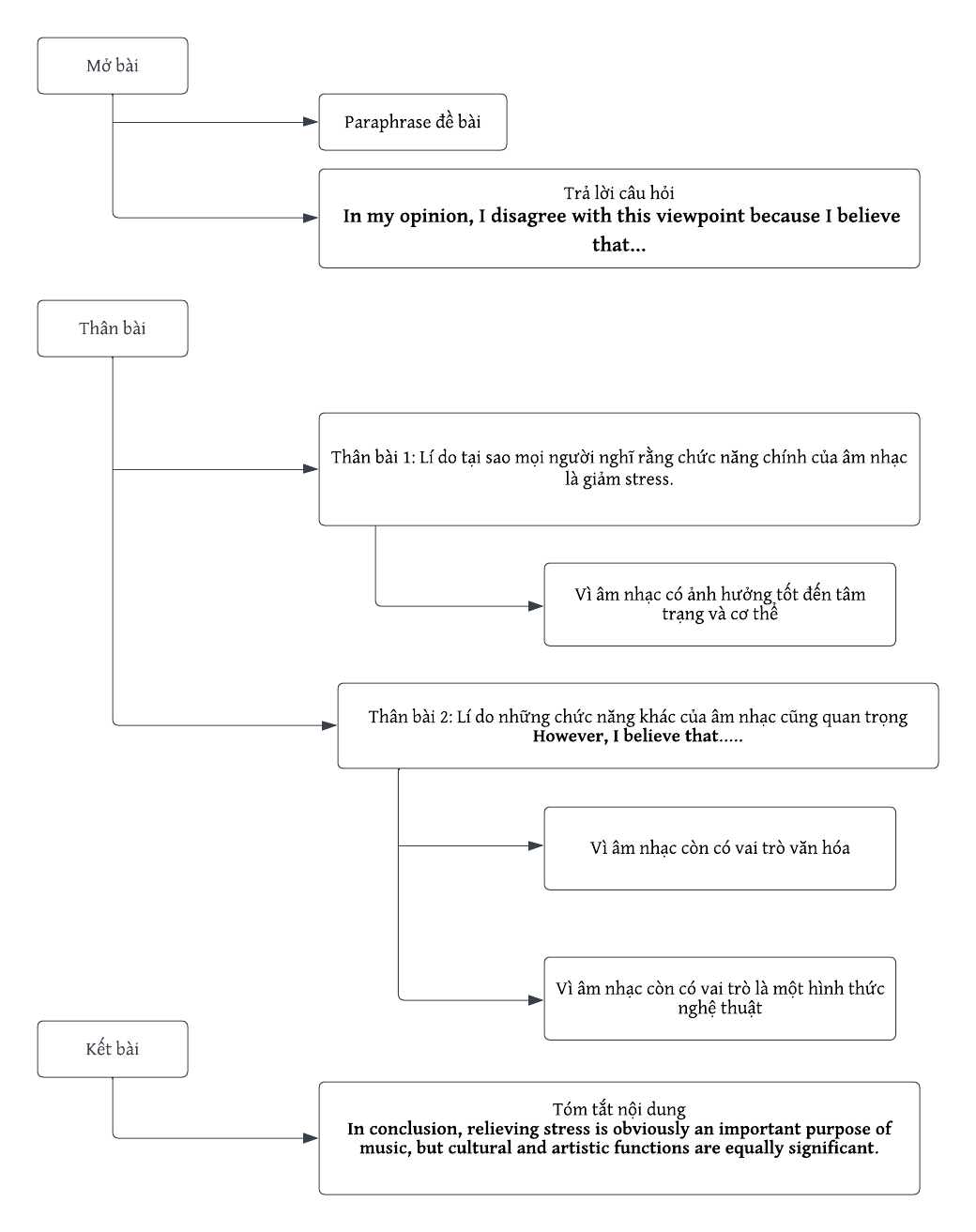 Music plays a vital role in our life for being a source of entertainment, and it is often said that the primary purpose of music is being a stress reliever. In my opinion, I disagree with this viewpoint because I believe that many other functions are just as critical.

Some people would claim that the most crucial role of music is to help us unwind as it has a profound effect on both emotions and the body. To be specific, research has found that music can be a powerful tool to not only help us settle our mind when feeling stressed, but also promote healing and improve our overall emotional well-being.This is the reason why listening to music has always been a popular activity people would do after a hectic day to ease their stress from work and study.

However, I believe that various other functions are just as significant as the relaxation purpose aforementioned. To begin with, music has also always been part of cultural and religious rituals, which includes national anthems or wedding and funeral marches. This is the way in which music helps countries to represent their national identity. Moreover, music is also a form of art which helps decorate our daily life. It can be seen that many dull events of the day such as exercising or cooking can turn into something more enjoyable thanks to music, and movies which feature music are also more captivating.

In conclusion, relieving stress is obviously an important purpose of music, but cultural and artistic functions are equally significant.