The maps below show the layouts of nature Museum between 2010 and 2013. 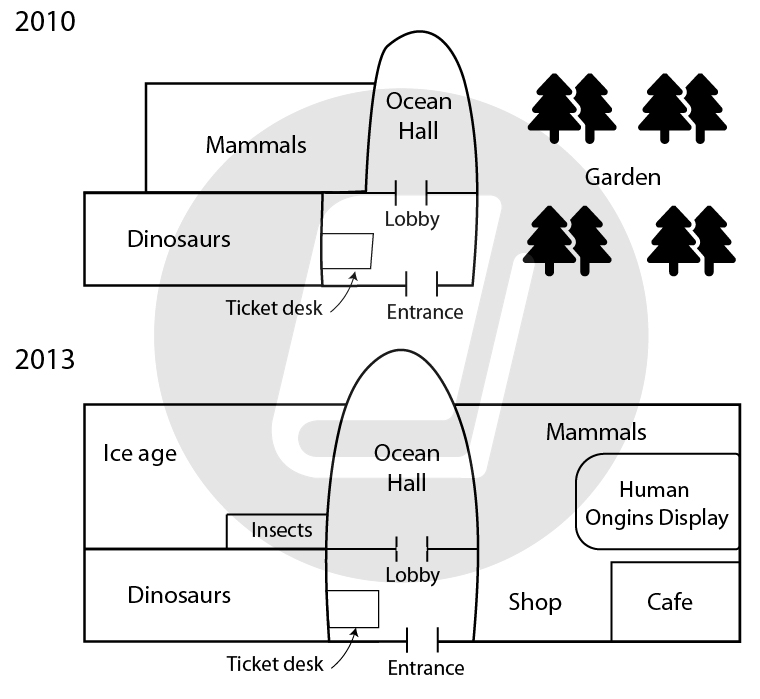 The maps illustrate the changes to a natural museum between 2010 and 2013.

Overall, the museum underwent several changes, with the most noticeable being a major extension to the building, along with several new displays and facilities.

Đề bài: As well as making money, businesses also have social responsibilities. To what extent do you agree or disagree?
Các đề bài liên quan 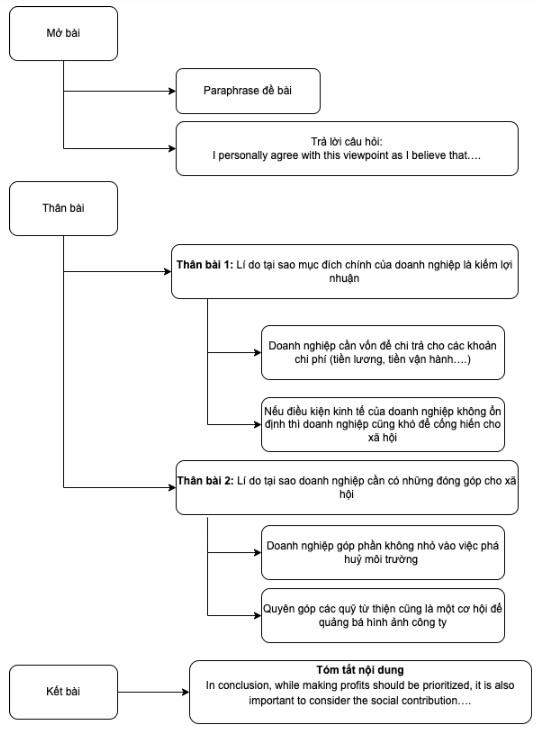 Some people believe that businesses should bear some responsibility to society in addition to making profits. I personaly agree with this viewpoint as I believe that without such responsibilities, private companies can cause too much harm to people and the planet for the sake of money.

On the one hand, it is essential for businesses to generate profits in order to survive in today’s competitive markets. Firstly, the primary objective of any firm should be to deal with the company's day to day running costs, including staff salaries, property rental fees, and other necessary expenses. Any social responsibility would be meaningless, if a company is unable to cover its basic expenses to supply their products or services to the public. Secondly, profits are also required to be reinvested back into the company in order for improvements and innovations to be successful. In other words, an enterprise must be in good financial health before it can make any positive contribution to society.

On the other hand, there are several compelling reasons why businesses should also give back to the societies in which they operate. The chief reason among these is that companies need to be concerned about the detrimental effects that their operations may be having on the environment. Furthermore, by contributing to society, businesses can enhance their image, which in the long term may also enhance their business sales. Donating to local charities, educational programs or environmental projects are practical contributions that firms can make to both fulfill their social duties and promote their image among citizens and residents.

In conclusion, while making profits should be prioritized, it is also important to consider the social contribution.