Đề bài: The bar chart shows the information of the number of volunteers and paid workers in 4 different roles in the sports sector of an Australian town in 2015. 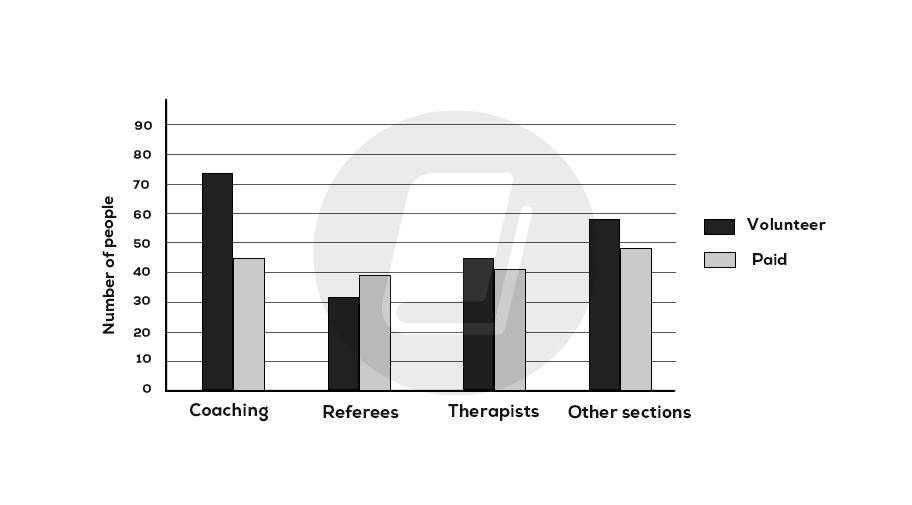 The bar chart compares the number of paid and unpaid workers involved in four sports roles, namely coaching, referees, therapists and other sections, in the year of 2015 in an Australian town.

In general, it can be seen that volunteers clearly favored coaching over any other roles. Meanwhile, there were no significant changes in the number of paid workers among the four roles.

The number of unpaid participants interested in coaching was highest, as around 75 of them enlisted to become volunteer coaches, followed by other sections with nearly 60 volunteers. The figure for volunteer therapists was half of that in coaching, with almost 45 volunteers, while only about 30 volunteers became referees.

Nearly 50 paid workers preferred to work in other sections, which was marginally higher than the number of paid coaches (over 40 people). The figures for workers in therapist and referee sections witnessed almost no clear distinction, as each welcomed more or less 40 workers.

Đề bài: To succeed in a business, one needs to be good at maths. To what extent do you agree or disagree? 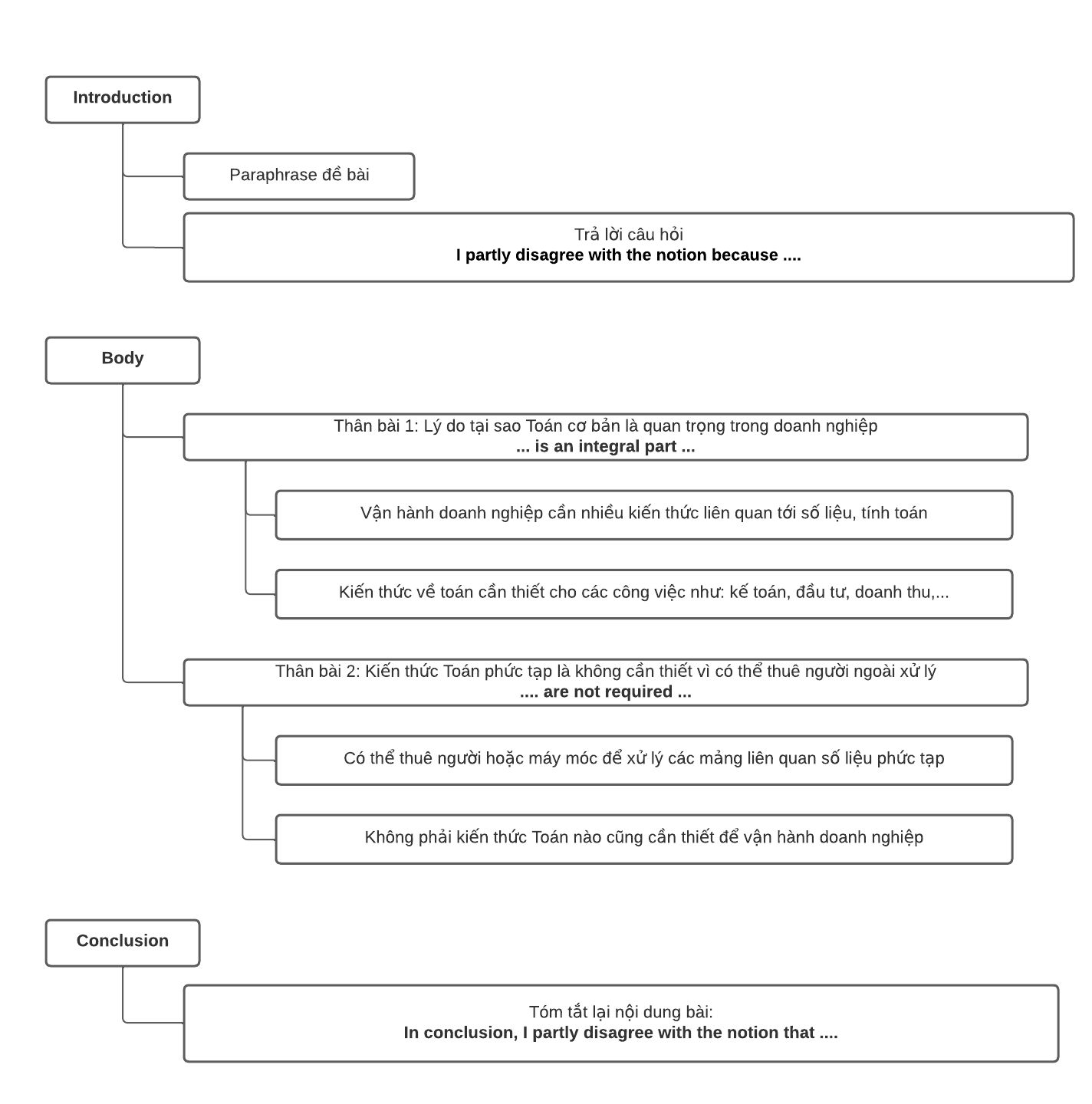 Some people argue that maths is an essential skill in order to do well in business. I partly disagree with this notion because although basic maths is required to properly run a business, more complex maths can be outsourced.

Basic maths is an integral part of running a business. Success in business requires a broad range of knowledge including finance and accounting which both use maths. Business owners should have a solid understanding of basic arithmetic as well as algebra in order to run their business effectively. In addition, maths is required when performing business operations like accounting, inventory management, and forecasting sales. If business owners fail to have proper knowledge of dealing with figures, financial loss will be inevitable.

However, strong maths skills are not required to do well in the business field. While maths is undeniably an important part of running a business, it is possible to outsource this skill. This includes hiring an individual skilled in the financial side of business as well as using spreadsheets and computer programs that will do financial models for business owners. Though using spreadsheets does require a basic understanding of the principles of finance and maths, it does not require a high level of math skills in areas such as calculus. Moreover, maths is a broad field that encompasses a number of subtopics such as geometry, calculus, algebra, and statistics. Not all of these areas are required when running a business.

In conclusion, I partly disagree with the notion that business success requires strong maths skills. While many aspects of business do require basic maths skills such as finance and accounting, being good in all types of maths is not a requirement and many higher level maths skills can be outsourced.