Task 1: The chart below shows the percentage of people born in and outside of Australia living in cities, towns, and rural areas in 1950 and 2010. Summarise the information by selecting and reporting the main features of the graph and make comparisons where relevant.

The chart gives information about the percentage of people living in cities, towns, and rural areas in Australia in 1950 and 2010, in terms of those born in Australia and those born elsewhere.

On the other hand, the percentage of people born outside of Australia that lived in cities was around 60% in 1950, and 80% in 2010. Notably, a significant portion of those who weren’t born in Australia lived in rural areas in 1950 (40%); however, this figure dropped substantially in 2010 to around 5%. 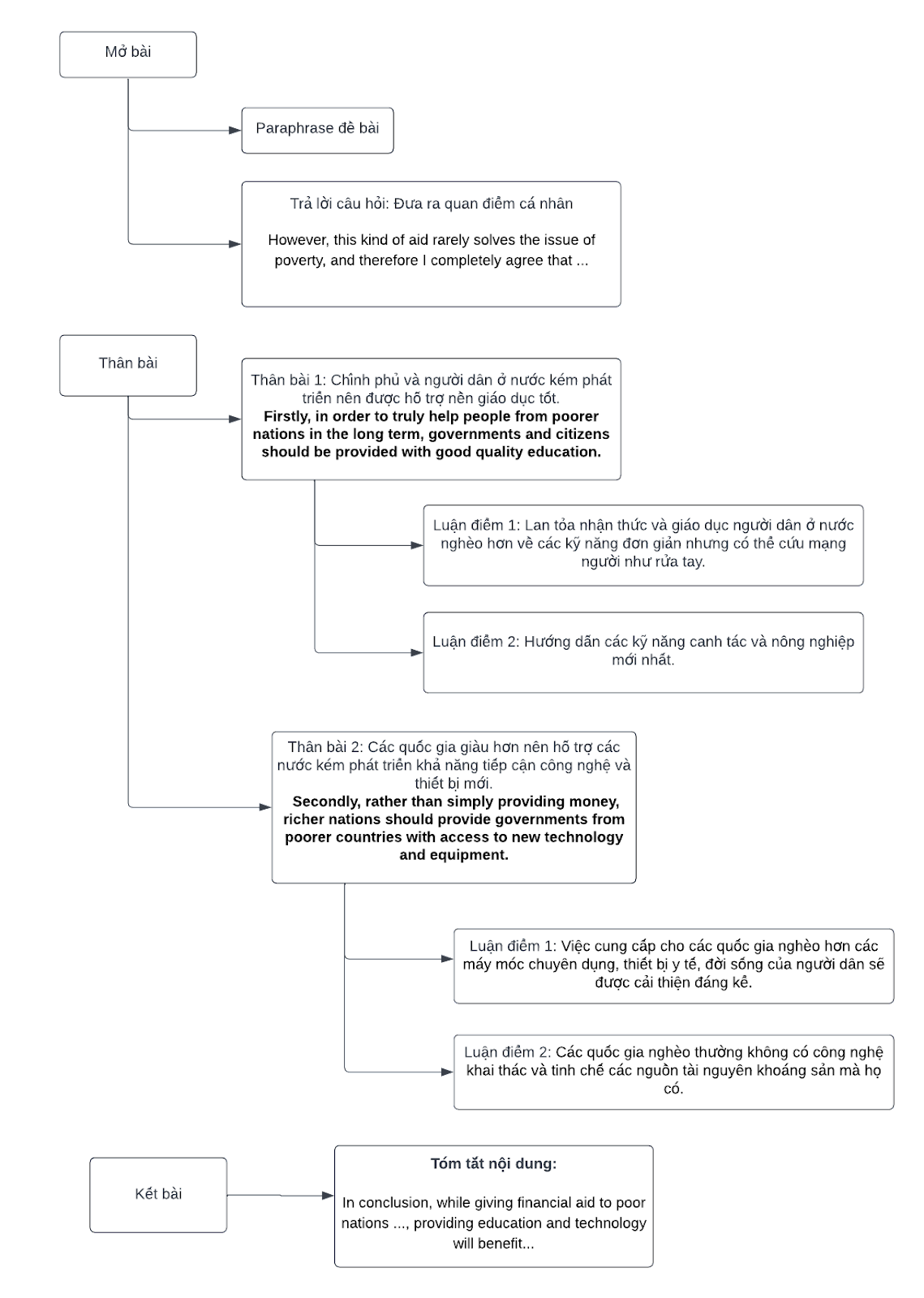 Poor countries are often given financial aid from richer nations in an attempt to provide the citizens of those disadvantaged countries with a better standard of living and quality of life. However, this kind of aid rarely solves the issue of poverty, and therefore I completely agree that richer nations should provide other forms of help.

Firstly, in order to truly help people from poorer nations in the long term, governments and citizens should be provided with good quality education. For example, only in recent times have people from richer countries spread awareness and education to those from poorer nations about the simple, yet life-saving practices of hand washing and personal hygiene. This has resulted in significant improvements in the general health and well-being of people in poorer countries and reduced the rate of preventable disease and infection. Furthermore, by providing education on the latest techniques in farming and agriculture, people from poorer nations will be able to farm more efficiently, giving them more access to food, which will essentially provide them with adequate nutrition to ward off hunger and disease.

Secondly, rather than simply providing money, richer nations should provide governments from poorer countries with access to new technology and equipment. By providing such countries with specialised farming machinery, or life-saving medicines and medical equipment, the lives of poorer people will be significantly enhanced. Furthermore, while many poorer countries may have access to significant amounts of natural resources, such as fossil fuels, minerals, and precious metals, they often do not have the technology or equipment to mine and refine such resources. As a result, many wealthier countries often take advantage of this situation and mine the resources of those poorer countries while paying them a fraction of their worth.

In conclusion, while giving financial aid to poor nations can be beneficial in the short term, providing education and technology will benefit them more in the long run.