Summerise the information by selecting and reporting the main features, and make comparisons where relevant. 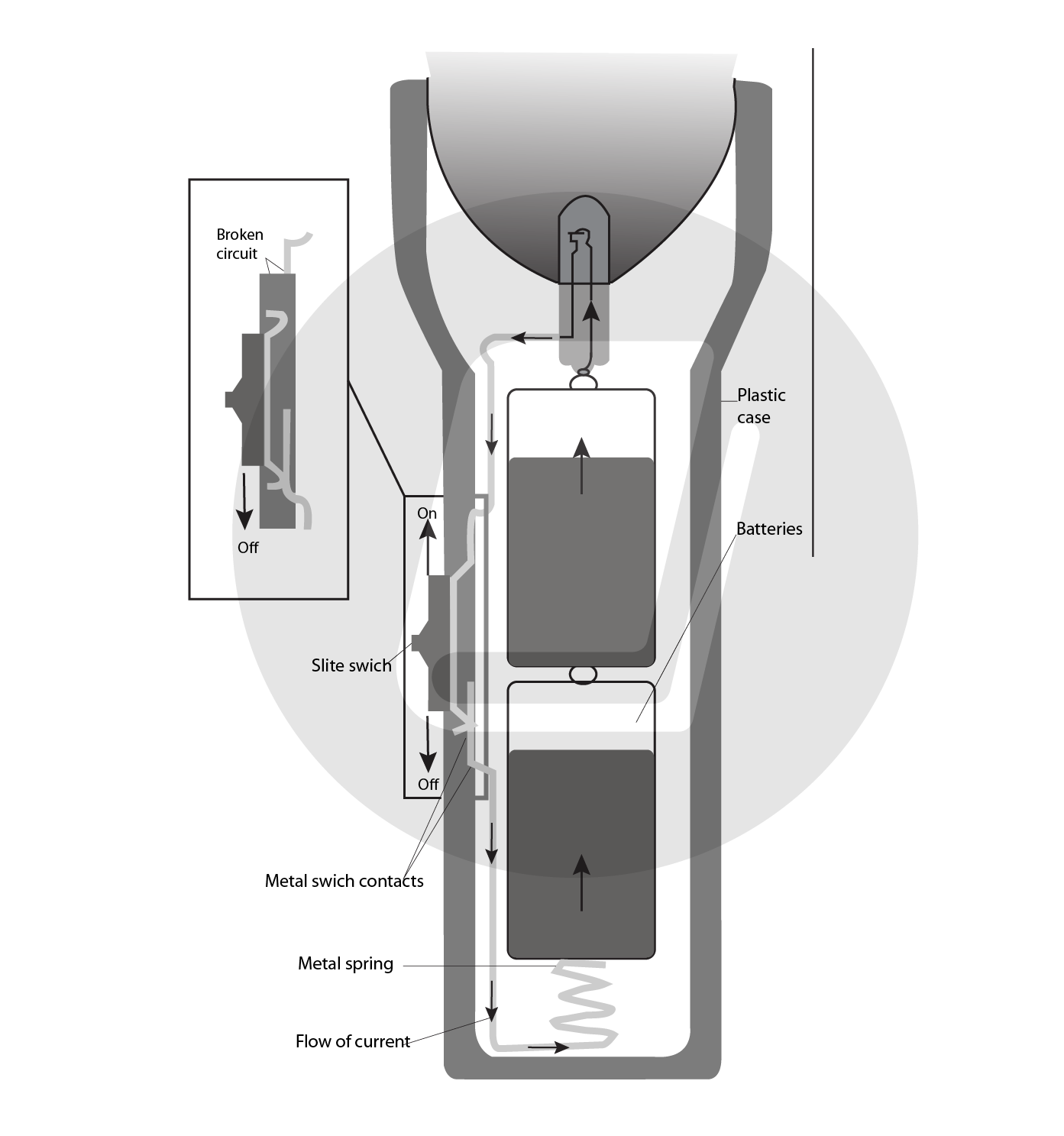 The picture illustrates the design of an LED (light emitting diode) flashlight and how it works.

Overall, it is clear that there are five key components of the flashlight, with the batteries being the power source, and a slide switch to turn the flashlight on and off.

The LED flashlight consists of a plastic casing which houses many different parts; a light bulb, batteries, and metal wiring which runs throughout the flashlight. Another important part is the slide switch which has the function of controlling the power to the light bulb.