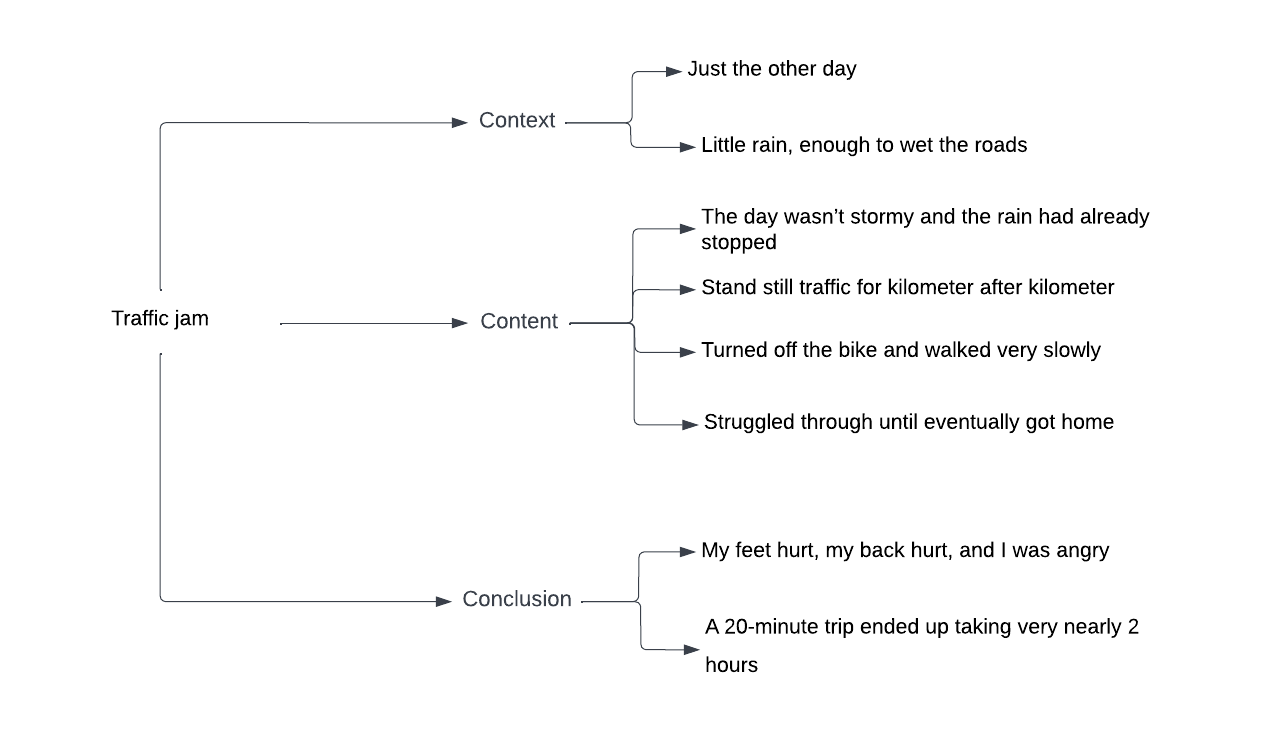 You have to put the facts into a form that's understandable to everyone.

By eight o'clock the traffic was bumper to bumper.

Car exhaust is the main reason for the city's pollution.

The central bank has pulled off one of the biggest financial rescues of recent years.

Which vehicles are more likely to be in a traffic jam, cars or buses?

I think that once a traffic jam starts, it doesn’t matter much if you are in a car or a bus. What I think is a more interesting question would be which vehicle type is more likely to cause traffic congestion? For that one, I think that the answer is definitely cars. Buses fit a much larger number of people and that means that many more people can be moved at a given time, in a smaller space. This would also reduce the number of individual parts in the traffic flow and reduce likelihood of accidents.

This latest dispute greatly increases the likelihood of a strike.

If you were in a traffic jam would you prefer to be in a car or a bus?

It depends on if I was driving the car or not. If I was a passenger then it would not matter to me if I was in a car or bus. That being said, I certainly would like the least to be driving a car in a traffic jam.

Taxis are allowed to carry no more than four passengers.

What do you think of people who always drive their car, even when they could just as easily use public transportation?

I think that there are two main reasons why people tend to do this, on one hand it is that people tend to keep a lot of important things in their cars. A laptop, books, etc. If they do not know what all will be needed throughout a day then it makes sense for them to bring their cars with them. On the other hand, I think that a lot of it is due to bravado. Having a car is a sign of social status in many places, and so even if it is hugely inconvenient for them to do so, they are going to bring it regardless, because it makes them feel successful.

It was an act of bravado that made him ask his boss to resign.

Top-performing school systems are likely to have teachers with high social status.

Do you feel that traffic congestion in your hometown is better or worse than it used to be?

It is most definitely worse. My city has seen huge growth lately in multiple aspects. First, there has been a huge population boom and the construction of new roads and highways has not been fast enough to keep pace with the increasing population. The other important part of that growth to consider is economic growth. Most of the city is quite old and was designed for bicycles and motorbikes, whereas a larger percentage of the population is now driving cars.

Could you slow down - I can't keep pace with you.

Do you think only the government has the power to manage the problem of traffic jams?

I gave her very explicit directions how to get here.

It seems a lot of effort but I'm sure it's the bestsolution in the longrun.

Describe a time you used your mobile phone for something important

Describe a time when you needed to search for information

Describe a time you made a decision to wait for something